Sept 21st saw FoSB and friends taking part in the MCS Big British Beach Clean. Friends old and new gathered on a sunny breezy morning to both clean the beach east and west of Shingle Rd., but also to undertake out annual litter survey with the results forming part of the National Statistics for beach debris. 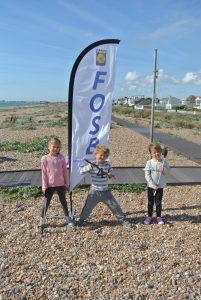 Whilst the usual culprits of paper, fishing line and nets, plastic and insulation foam featured, everyone commented on the limited amount of litter they were collecting. Micro-plastic, broken pieces of unidentifiable waste were picked up, but larger debris was noticeable, thankfully,  by its absence. The survey area removed just 2.4 kg of litter, the majority being small items, whilst 30+ bags of litter in general was removed. 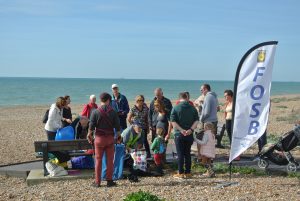 Once again, Adur Council Clean Up team were in support, collecting our bags within 30 minutes of the clean finishing, big thanks to them.

A big thank you, as always to those who came and helped, from old hands to those who stopped, asked what we were doing and joined in. Thanks also to the MCS volunteers who saw the event on the MCS/ Waitrose website and travelled to join us, in one case, from Windsor. The beach and FoSB thank you all 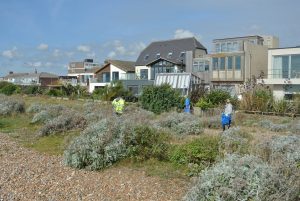